Seeing as I’m launching a new book in the world, THE LADY IN PINK if you already did

n’t know (
not sure how you missed it. I spent a whole hour marketing it), I’m going to give prizes away. I normally would have said I’m going to give shit away, but
after a friend pointed out the lack of desire to win SHIT, I’ve changed my ways. 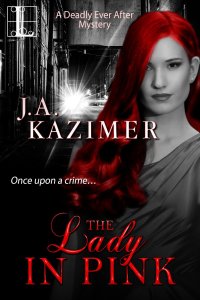 To enter, just go to https://jakazimer.com/contest-the-fairyland-murders-ebook/

Best of luck, and if you wouldn’t mind checking THE LADY IN PINK out, I’d appreciate it. 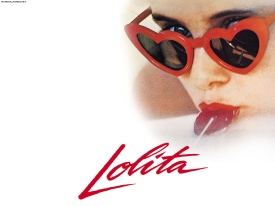 So it’s August 18th, and so amazing things have happened on this day.

Oh, and one more…

Buy it everywhere books are sold!

Remember that guy with the ears? Ross something or other…

He ran for president. BECAUSE he was filthy freakin rich.

But I don’t want to discuss politics and which side is right or wrong, left or right.

We have much too long until any of this matters.

But I do want to talk about money and how it affects my writing life. When I first started writing I heard all these terrible statistics on how many writers actually make a living off their work. I snorted. I mean, you’ve seen Castle, right? He’s Ross Perot rich. So why couldn’t I live strictly off my writing?

A few years ago, I tried just that.

If I’d actually tried I might’ve done a little better. But I considered making a living off my writing to mean, I wrote 2 books a year, sold them to small publishers for no advance, and basically fucked off for the rest of the time.

I am NOT a very good stay at home writer. I need a day job. I need to work my left brain while my right plays internal video games.

Weird concept. Maybe it would work in politics…

A writer friend of mine was recently saying how she felt rather alone in her writing. She was struggling with a particular book, and felt as if she was the only writer to get bogged down, and who stopped writing as a result.

Which is odd since I am the master of that.

And thought it was only me.

So here are a few things I do, and chime in if you do them to:

Avoid conflict. By which I mean, if I have to write a particularly emotional scene, I will avoid it like…well, like I do those scenes in real life. I hate tears. I hate drama. I’d rather avoid it at all costs. While I can get away with it in my real life by isolation, I can’t in my writing, not if I want people to like my work.

Downplay my accomplishments in order to keep from failing. This is an easy one. If I don’t say something matters, than when it eventually fails, it won’t hurt. Sort of like Object Permanent for children, but I’m a grown ass adult. I am a confident (for the most part) woman in charge of my own shit, so what the hell?

And finally, let a bad review, a mean critique, or other nonsense to derail my writing. No one will like me all of the time. My head knows this, but damn if the writer inside has figured it out. After a rough start in elementary school, I learned to deal with rejection and cruel taunts. So why is it a bad review outweighs the good ones?

What do you see as universal?

Today, as I was flipping through amazon music for something to listen to, it made me wonder what everybody else likes. Right now I’m listening to Janis Joplin (and NO, I am not a classic rock girl). I haven’t heard this album in 20 years. It’s as good as I remember.

So just in the last three days, here’s my playlist:

What’s on yours? Do you stick to a genre or listen to many? What music do you dislike?

Recently Donald Trump was accused as being a huge whiner. Now I don’t want to talk any more about his stupidity. I say let him be the republican nominee. Let’s bring on the presidential debates.

But I do want to discuss the concept of whining.

I whine all the time. Mostly to myself. But sometimes to my long suffering friends and family. To me, it’s okay to whine as long as no one hears you. Sort of like a tree in the forest.

I complain because I can. It’s

my birthright. You see, I am lucky enough to live in a country where I can complain about minor things like how my feet hurt or I’m hungry or tired.

When I think of what others in the world have to suffer, I feel ashamed by my minor complaints. I pray that one day, everyone, can whine about the heat, cold or how that wino on the bus smells. It’s exactly one month to the CO Gold conference, and I am so not ready. I have 20 pages to revise in the novella due to my editor on 8/15, then I have to revise the book I plan to pitch at the conference, while crafting the pitch itself.

And of course I have a great new idea I want to spend all my writing time on.

But enough about me.

Will you be attending any writer/book conferences?

If so, will you be pitching?

Last night was the 1st republican debate. I’m not going to get into the politics.

I wanted to talk trump. His exchange with Megyn Kelly was uncomfortable to say the least. He threatened her.

And once again, it became clear where we, as women, stand in society. A man who treats women like that (and I couldn’t care less about his supposed political correctness), his tone bordering on abusive, is the republican front runner. WTF?

How is that possible?

Sisters, I urge you to understand your worth. Just because we have a vagina doesn’t mean we have to live in the shadows. Be proud of your cunt, in all shapes, sizes and colors.

Now, we all know it’s been a long time coming, with Piggy’s bipolar issues and Kermit’s heavy drinking (like that Rainbow song wasn’t a cry for help).

I wish them the best of luck.

Today I am saddened by the burial of a brave man. David Myers served his country for many years. And only two days after getting out of the Navy, he died, leaving behind two young children, three wonderful sisters, and a heartbroken father.

I didn’t know David other than to say hi.

But his death has struck me.

Sometimes scars are far deeper and darker than we know.

Let there be peace in the ever after.